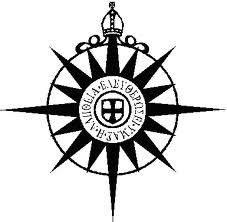 At the Lambeth Conference in 2008 this presentation http://www.archbishopofcanterbury.org/1912 was made to the gathering of Anglican bishops by Rabbi Sir Jonathan Sachs, Chief Rabbi of the UK. It is a remarkable article on Covenant: what a covenant is, what it is not. It is a worthwhile read not only because it is appropriate as the conversations develop around the Anglican Covenant, but it reminds us that is through covenant that God first called humanity into relationship in the Judeao-Christian tradition. 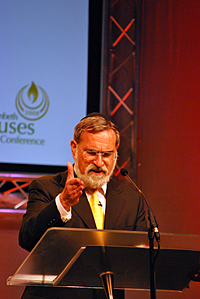 
But now suppose that you decide to share, not power or wealth, but love, or friendship, or influence, or even knowledge, with nine others. How much do I have left? Do I have less? No, I have more; perhaps even 10 times as much.


How simple an explanation! I am so thankful for those who can succinctly illustrate how humanity functions.

In my move to TX, I have come up against “the free market society” writ large. I have spent weeks trying to find a doctor who will take Medicare. It is genuinely scary because I cannot find a SINGLE doctor who will take new Medicare patients. It as if there is a collective idea here that if doctors do not take any new Medicare patients, they can ignore how broken the whole Medical industry is in Texas. They have allowed the Market to dictate the laws of medical practice to the detriment of society. The once noble profession of medicine and its emphasis on healing and caring has been lost to the power and wealth dictates of state and market.

There is a disconnect between the state and the market that only serves those who have opted out of Medicare sometime in their work history. And as I am the last of the “pre-Boomer” generation, the situation of health care in this state is going to get critical very quickly. We, in our nation, and in our world have so dichotomized our existence between state and market that we have forgotten the glue that keeps us from being sterile as a humans.

It is that third way that is at the centre of who we are as human beings that is being left out in the name of free market economy, or orderly governance and it is that third way of caring—the most marked way that makes life worth living, and lifts us from the place of being mere animals to the place where there is nobility to human race.

It is that covenant—that sense of being willing to love that gives purpose to living. Neither the state nor the market has room for love. The political and economic realms cannot entertain such “fuzzy thinking” as caring and sharing. The mechanisms that make them work cannot include the human or the humane simply because we have made science of them both.

It is the third way of faith, whether it is faith in God or in Creation or in humanity, that provides a way forward, a way that does not sterilize that unique quality of humanity, the ever-changing dynamic of Creation or the constantly breaking in of the Holy.

I am unwilling any longer to say that Church (with a capital C) is the way to promulgating love. I have seen the institutional Church depend upon the mechanisms of political power and market economy so completely of late that we have lost our ability to speak the words of Love, Caring, Sharing and Faith. It is as if the church has failed to read its own Scripture when it comes to managing itself and can only use the “world’s” ways. This does not mean that I would abandon the Church. I have been too long a person of her creation that I could not desert her. But at the same time, I cannot find in her the conversations that speak a faith in God, humanity or Creation that can call down that Third Way—those conversations of love that call humanity to its humanness, that calls people to find something beyond power and wealth that gives life to what it means to live in joy and respect with others.

‘The Anglican Covenant’ as it has been promulgated by the Archbishop of Canterbury is a document of governance, not a proclamation of a common call to relationship in the name of Christ. At best it is an attempt at ecclesial posturing and power. It does not speak of relationship and journeying together. It speaks of who may have voice and who may be in communion with us. It is a disciplinary tool rather than a celebration of how God interacts with us and how we share God’s life in the face of state and market.

If the Anglican Communion is to continue to have any on-going conversation with the issues that face our world, we must be free to embrace the issues and speak to the issues that are raised in the particular environments in which we live. Our responses in love that remind us of how God has loved us need to be flexible enough to address the inhumanity of political and market structures in the name of Christ. It is the only way that the Anglican Communion can even hope to be supple enough to meet the new era that is upon us in religion.
Posted by Muthah+ at 1:26 PM

Well, and your Medicare story is a perfect example of how the word "covenant" has been exploited. We enjoy the wide varieties of medical specialties in this country b/c money was earmarked in 1965 for medical education in the form of residencies, and doctors enjoy the privilege of serving in those specialties because unlike in 1965, they could afford to do complete residencies instead of the one year internship, as residents could then get a half-decent salary.

So they are breaking a covenant that said, "We will all be cared for when we are 65."

Why does it seem to me the so-called "Anglican", so-called "covenant" has elements of this in THEIR carryings-on?

Do get hold of 'the dignity of difference' by Rabbi Sachs. It is a challenging read and goes into more depth on the notions of covenant/contract.

Muthah+
Texas, United States
I am an unabashedly liberal Episcopal priest from a time when being a liberal was a "good" thing. If I am knee-jerk about anything it is about seeing that justice is done by those of us who call ourselves Christians or who are about serving Christ in the Church.

"Faith is different from theology because theology is reasoned, systematic, and orderly, whereas faith is disorderly, intermittent, and full of surprises.... Faith is homesickness. Faith is a lump in the throat. Faith is less a position on than a movement toward, less a sure thing than a hunch. Faith is waiting." Frederick Buechner “I realized that an oyster is an organism that defends itself by excreting a substance to protect itself against the sand of its spawning bed. The more sand in the oyster, the more chemical the oyster produces until finally, after layer upon layer of gel, the sand turns into a pearl. And the oyster itself becomes more valuable in the process. At that moment,” I said, I discovered the ministry of irritation.” Joan Chittister

Any act that provides the Bread of Heaven and the Cup of Salvation for all - and anyone who comes to the table - will always cause at least a stir.When one who has been excluded is the one who presides at that Eucharist, or when the one who has been excluded invites absolutely everyone to the Table to be fed, well, it becomes, in and of itself, the revolutionary act which Jesus intended it to be. Elizabeth Kaeton, "Telling Secrets" Blog
We (Anglicans) are a people hard-wired for diversity because of the DNA of comprehensiveness that courses in our veins. Descended from a people who figured out how to be both protestant and catholic in the 16th century we have ABSOLUTELY NO EXCUSE for not figuring out how to be gay and straight in the 21st. Susan Russell March 21, 2011
Proverbs 6:16-19 There are six things the LORD hates, seven that are detestable to him: 17 haughty eyes, a lying tongue, hands that shed innocent blood, 18 a heart that devises wicked schemes, feet that are quick to rush into evil, 19 a false witness who pours out lies and a person who stirs up conflict in the community.
When you give in to helplessness, you collude with despair and add to it. When you take back your power and choose to see the possibilities for healing and transformation, your creativity awakens and flows to become an active force of renewal and encouragement." -- John O'Donohue

So keep fightin' for freedom and justice, beloveds, but don't you forget to have fun doin' it. Lord, let your laughter ring forth. Be outrageous, ridicule the fraidy-cats, rejoice in all the oddities that freedom can produce. And when you get through kickin' ass and celebratin' the sheer joy of a good fight, be sure to tell those who come after how much fun it was.(Molly Ivins 1944-2007)

Let us,
In Heaven's name,
drag out the Divine Drama
from under the dreadful accumulation
of slipshod thinking
and trashy sentiment heaped upon it,
and set it on an open stage
to startle the world
into some sort of vigorous reaction.
If the pious are the first to be shocked,
so much the worse for the pious
--others will enter the Kingdom of Heaven before them.
If all men are offended because of Christ,
let them be offended;
but where is the sense
of their being offended at something
that is not Christ
and is nothing like Him?
We do Him
singularly little honor by watering down
'til it could not offend a fly.
Surely it is not the
business of the Church
to adapt Christ to man,
but to adapt man to Christ.


Just Something to Think About...

"If the truth be told, my attitude towards all gatherings of bishops is to avoid them. I have never seen a good outcome to any synod, or asynod which produced deliverance from evils rather than the additionto them … rivalries and manoeuvres always prevail over reason … and intrying to decide between others it is easier to get accused ofwickedness itself than to deal with their wickedness. Consequently Ihave withdrawn to myself. I consider retirement to be the only meansof saving my soul." Gregory of Naziansus (bishop, 4th century)